I added photographs of Silicon Valley for the ebook version of my book Startup. When you live and work here, you know many of these places. The book will be published in Chinese and the publisher asked for photos so people in China could get a better idea of Silicon Valley. All photos by me (© Andreas Ramos 2018) except for the photo of the Tesla assembly line, which is used with permission by Steve Jurvetson. 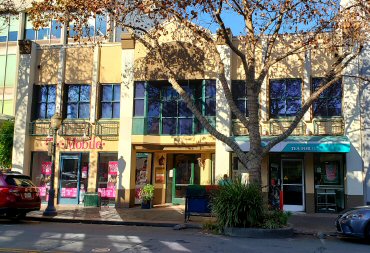 These small offices at 165 University Avenue, above a cell phone store and a tea house, were once the headquarters of Google, Paypal, and other giant companies. 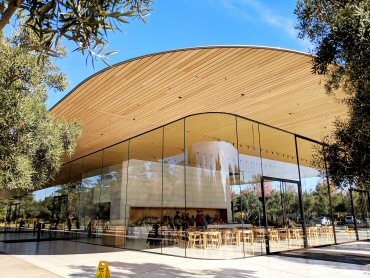 The Apple Visitor Center at Apple headquarters is a showcase of Apple technology. You must visit it when you come to Silicon Valley. 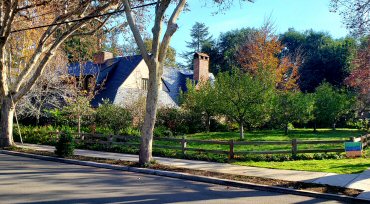 Steve Jobs had $17B yet lived in a small house in Palo Alto. Those small trees in his front yard are apple trees. 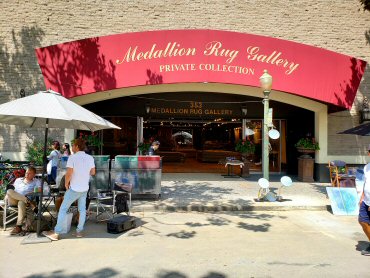 In the mid-90s, the first cybercafe opened here. For months, it was packed. They planned to open cybercafes around the world. Now it's just a carpet store. 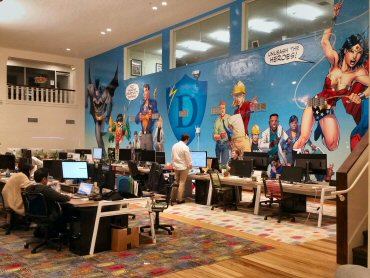 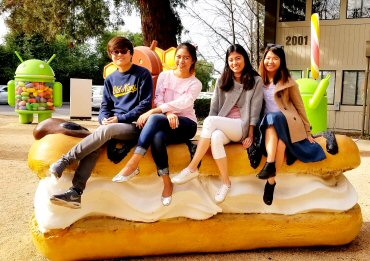 At Google headquarters, there is a collection of Android icons as statutes. The signs say, “Don’t climb on the statues” and of course, everyone climbs on them. 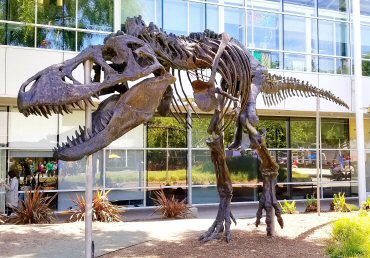 Google headquarters has a Tyrannosaurus Rex. Why? When Larry Page and Sergey became billionaires, they bought whatever they wanted, including what every engineer really wants: a private dinosaur.

Google’s first office was this small garage. From here, Google went on to make more than $600B. 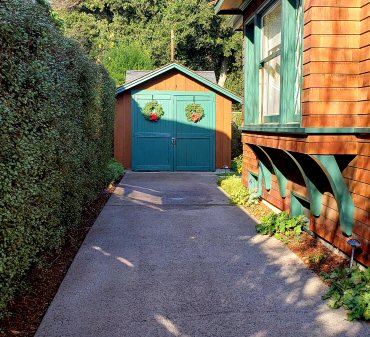 Map of Silicon Valley. San Francisco at the top with Palo Alto in the middle, followed by Mountain View, Sunnyvale, Santa Clara, and San Jose. The east bay has Milpitas, Fremont, and Hayward. Map from Bing.com. 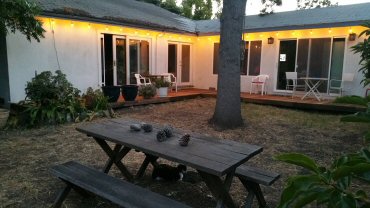 Many Silicon Valley meetings happen in backyards of homes. It’s the perfect place for private meetings. Nobody else hears what you say. 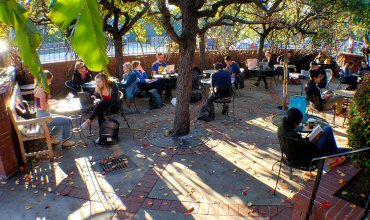 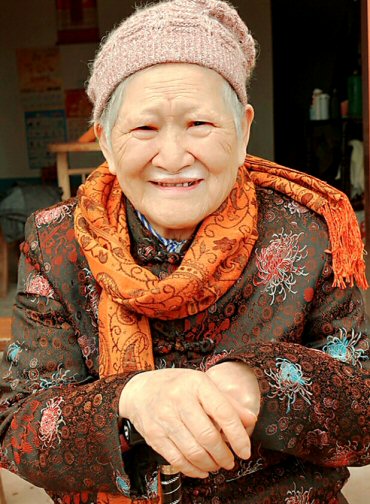 Work on your pitch until your grandmother uses your words to say it to other grandmothers. 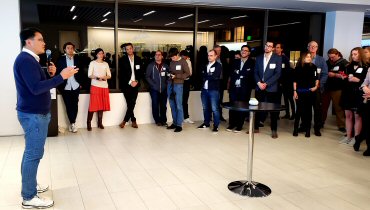 Pitch night in San Francisco. Ten startups will describe their startup to an audience of investors. Each founder gets three minutes. They spend weeks to prepare for three minutes.

The 3000 is a popular restaurant for the VC community.

Bucks Restaurant in Woodside is a great example of the creative chaos of Silicon Valley. Cosmonaut spacesuits, monkey spaceship seats, zeppelins, and many other things hang from the walls. Dozens of Silicon Valley companies have been created here. 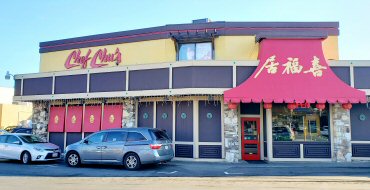 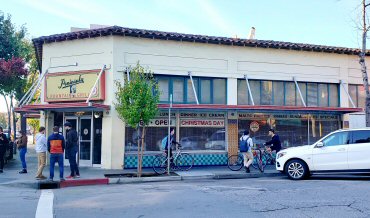 For great burgers, fries, and milkshakes, go to the Creamery in downtown Palo Alto. 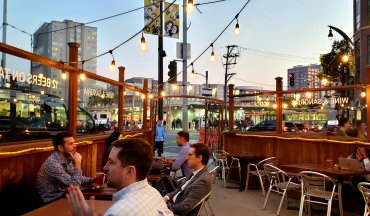 The Creamery coffee house next to the train station in San Francisco. Great place to interview customers. 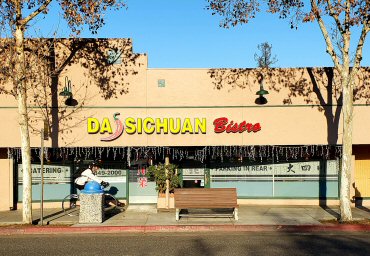 After enough hamburgers and pizza, you can get great Chinese food at Da Sichuan in Palo Alto. 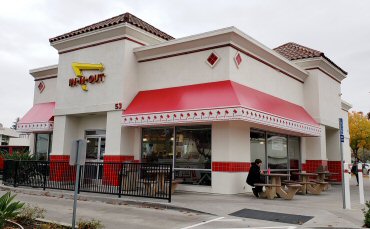 In-and-Out is California's favorite place for a burger. Always full. 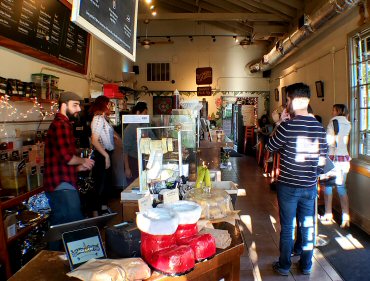 Philz Coffee House in Palo Alto is place for meetings with potential co-founders and investors. Try the Ether coffee. 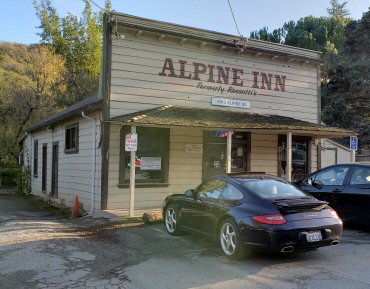 The Alpine Inn started in 1852 as a saloon. Over the last 160 years, it has changed names seven times, but it’s still the same saloon. Many still call it Rossoti's. Because it’s only a few miles from Stanford, it’s popular with engineers for a beer and a hamburger. In 1976, Doug Engelbart set up a radio station in the backyard and connected to SRI to send the first packet of the Internet. 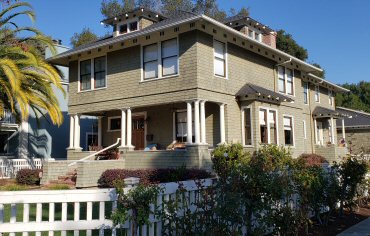 William Shockley’s house in downtown Palo Alto. Shockley invented the transistor and got a Nobel Prize. His work led to modern Silicon Valley. Today, a chip can hold 18 billion transistors. His house is a few doors from the HP garage.

The front of Shockley's lab has a sculpture of transistors. On the ground, there is a trace, which is the connection between transistors on a circuit board.

Sculpture of a silicon molecule at the site of Shockley's lab.

The main plaza at Stanford University. It's a beautiful campus with a great outdoor art collection.

The startup life is lots of computers and toys. 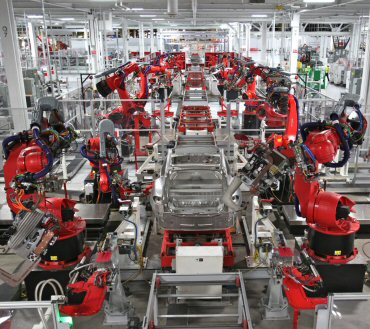 Tesla’s automobile assembly line. Robots add parts to the car. Other robots weld or paint. Each robot adds its part of the work to the car. Photo with permission by Steve Jurvetson.

Kleiner-Perkins venture capital has raised over $10B and created more than 850 companies, yet in Silicon Valley style, it has small modest offices. They invested $8m in Amazon and made over a billion dollars. You can easily drive by their office and never notice it. 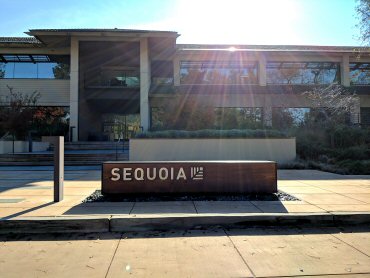 Sequoia venture capital has invested in over two hundred and fifty companies and created over $1.4 trillion in value, which is twenty-two percent of Nasdaq. They also have modest offices.

There are lots of hiking trails in the hills around Silicon Valley. There are also lots of squirrels, rabbits, rac-coons, wild turkeys, deer, and mountain lions. 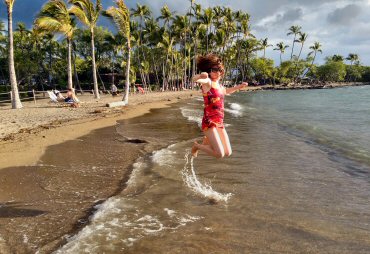 When you work so much, you should take a break and get away from Silicon Valley. You can go to Hawaii, Yosemite, the redwood forests, or California beaches.